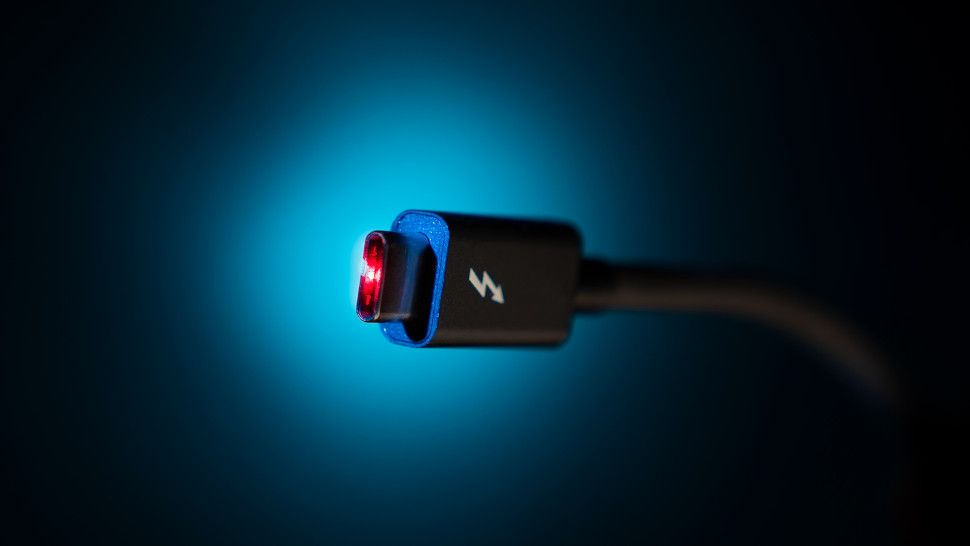 Intel has taken the wraps off its next-generation Thunderbolt 4 interface that promises an enhanced feature-set, boosted security capabilities and increased minimum performance requirements but only for its own CPUs, AMD won’t be compatible with it as far as we know.

The first PCs to offer the new technology will be based on the company’s upcoming Tiger Lake processors, set for release later this year.

The new Thunderbolt 4 interface continues to use USB Type-C cables and therefore offers compatibility with Thunderbolt 3, USB 4, and USB 3 devices.

From performance point of view, the new interface continues to offer up to 40 Gbps bandwidth, but the new Thunderbolt 4 controllers have to be connected to hosts using a PCIe interface featuring a throughput of 32 Gbps, up from 16 Gbps in case of the Thunderbolt 3 controllers.

In addition, PCs supporting Thunderbolt 4 should be able to output to two 4K displays or one 8K monitor as well as support PC charging (with up to 100 W power delivery) on at least one port.

Docking stations supporting the Thunderbolt 4 technology will support up to four TB4 ports and will also have to wake a computer from sleep by touching the keyboard or mouse connected to a Thunderbolt dock.

Just like in case of Thunderbolt 3-enabled PCs, docks, and cables, Thunderbolt 4-enabled devices will have to undergo mandatory certification to guarantee reliability and performance. All Thunderbolt 4 cables should support a throughput of 40 Gbps at up to two meters.

Intel revealed that it plans to offer three Thunderbolt 4 controllers later this year: the JHL8540 and JHL8340 for computers as well as JHL8440 for accessories.

The company did not reveal pricing of its Thunderbolt 4 controllers, though expect TB4-supporting devices to be slightly more expensive when compared to TB3-enabled products because of the improved feature set and more stringent requirements.