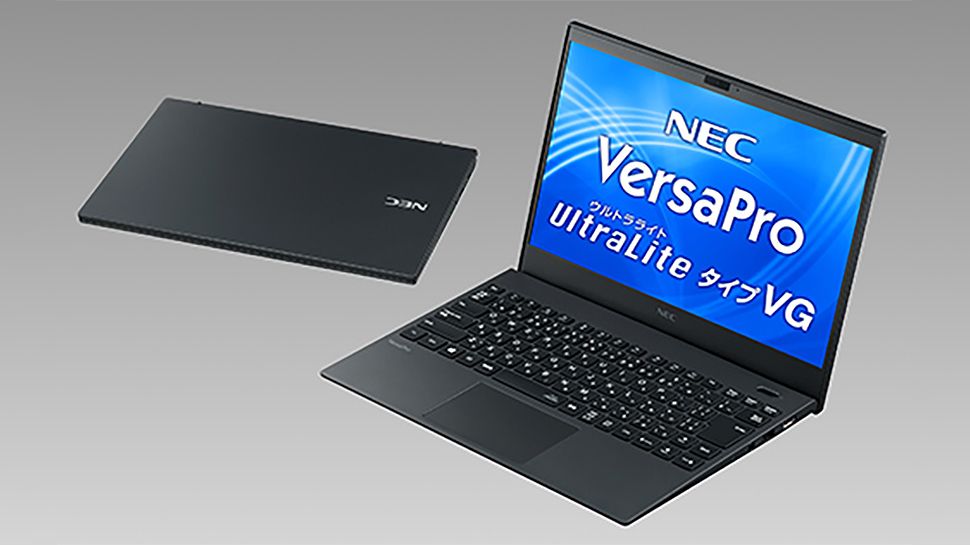 NEC, a PC brand controlled by Lenovo, has announced its new VersaPro UltraLite type VG notebooks that are aimed at those who need both extreme portability and a very long battery life, but are not ready to sacrifice performance. Initially, the laptops will be available in Japan, but could also make their way to the United States later this year.

The NEC VersaPro UltraLite type VG mobile PC features a 13.3-inch Full-HD display and comes in a chassis made of a magnesium alloy to minimize weight, but maintain rigid design that will survive everyday usage.

NEC will offer two base models of the notebook: a version that weighs 814 grams and comes with an L battery that enables an up to 15-hour battery life, and a flavor that weighs 868 grams and is equipped with an LL battery which can power the laptop for up to 24 hours.

When it comes to connectivity, the new NEC VersaPro UltraLite type VG notebooks are equipped with Wi-Fi 6, Bluetooth, USB Type-A and USB Type-C ports, a microSD card slot, and an HDMI output. Furthermore, the most advanced versions of the machines come with an integrated 4G/LTE modem.

As for biometric security, the laptops feature a fingerprint reader as well as a webcam that supports Windows Hello face recognition.

NEC will start sales of its VersaPro UltraLite type VG mobile PCs starting from August 24, in Japan. The cheapest model is priced at ¥189,400 ($1,792, €1,508) without taxes, whereas the beefiest configuration costs ¥344,000 ($3,254, €2,740) without taxes. Considering the fact that the VersaPro UltraLite type VG notebooks offer a unique combination of performance (fully-fledged U-series processors), light weight, and a long battery life, their rather high prices seem justified.