This HDMI Stick PC has a unique feature found nowhere else 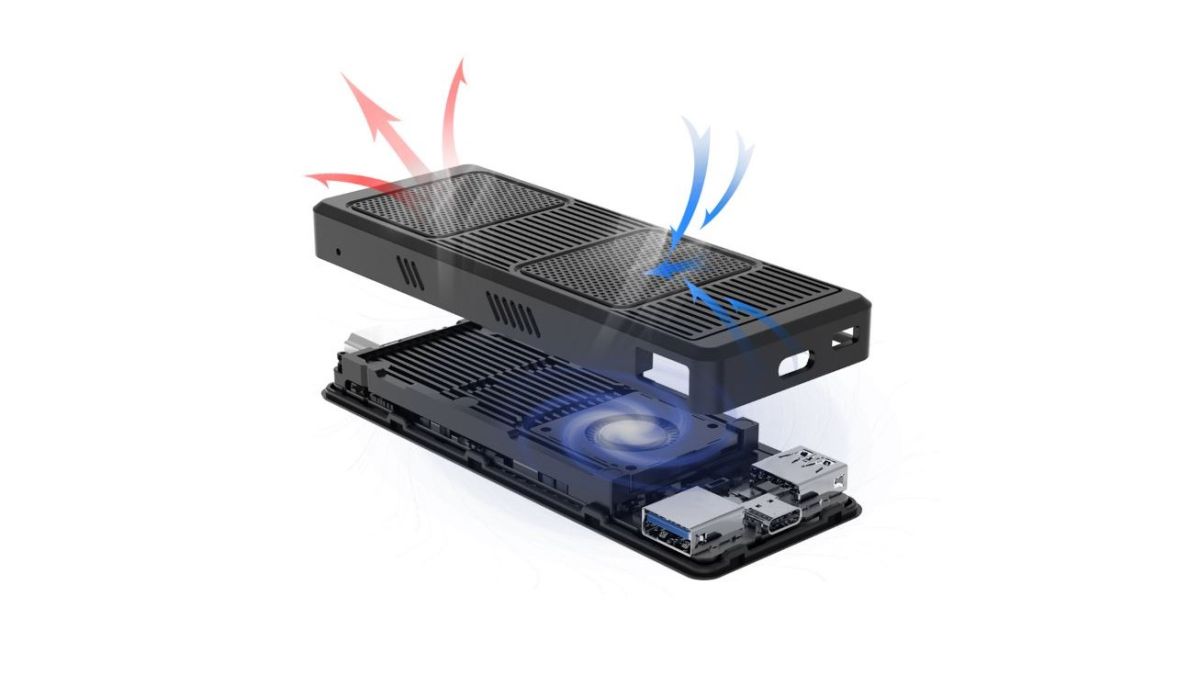 The Minisforum S40 PC is not your standard computer; it is one of the very few HDMI stick PCs that have recently appeared on the market and while we don’t necessarily embrace that form factor enthusiastically for a number of reasons, we do acknowledge that it has its uses especially in the B2B market where it can be used with digital signage, large format displays etc.

At 133 x 46mm for a weight of 300g, it is a far more compact way to transport a PC around; it is powered by an active fan which Minisforum claims is relatively quiet (only 30dB). It is powered by a 15W power supply unit that plugs via a Type-C port; you should be able to power it using a standard Type-C adaptor (like that of a recent smartphone) or even an emergency battery charger.

The dual-core Intel Celeron N4000 that powers the S40 is more powerful than the antiquated Atom X-series processors often found in rival stick PCs. Its average Geekbench scores – above 400 (single core) and 800 (multi-core) – beats the quad-core Z8750 easily in single-core and matches it in multi-core.

The rest of the specification includes a MiniDP output (which means that it can drive two 4K monitors), a microSD connector, two USB 3.0 ports, a Kensington lock, 4GB LPDDR4 system memory, 64GB eMMC storage, Windows 10, 802.11ac Wi-Fi and Bluetooth 5.0. The vendor provided a miniDP-to-DP cable as well as a HDMI cable converter.