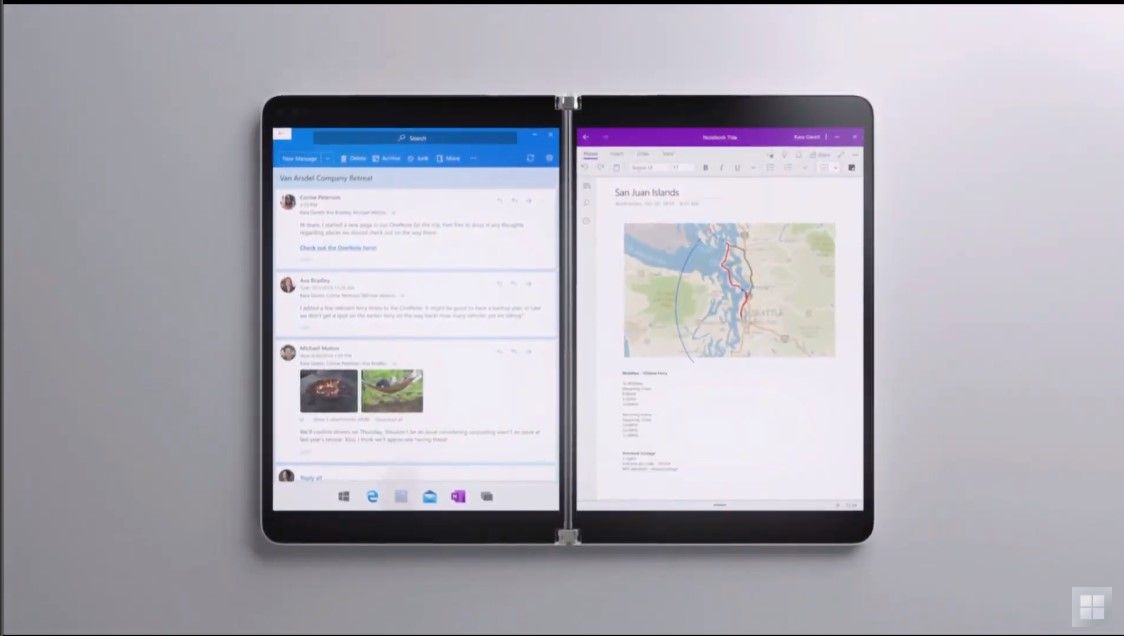 Microsoft has been conducting some in-depth testing on its Surface Neo and Duo dual-screen devices, showing that these pieces of hardware should help users be more productive – which has always been the aim of including a second screen, of course.

As MSPoweruser reports, WalkingCat found another illuminating Microsoft video and posted it on Twitter. It shows some of the testing Microsoft has performed in the course of developing its dual-screen devices, including brain scans and electromyography (monitoring the electrical activity in your forearm).

So as you can see, with Surface Neo as shown, Microsoft has measured the tension in the user’s arm when they’re holding the device, in order to try and ascertain how easy the device is to hold, and thus to use on a regular basis.

Microsoft also took brain scans of test subjects using the Surface Neo and Duo, finding greater levels of neural activity, and more areas of the brain being used with these dual-screen devices compared to a traditional single-screen laptop.

The suggestion is that people can be more productive using a dual-screen device, although the Microsoft narrator in the video is careful to clarify that this doesn’t mean someone working with a single screen can’t be productive.

Obviously the latter isn’t true, and indeed measuring productivity comes down to a lot of factors other than how many screens you’re using.

Moreover, just because there are more areas of the brain active doesn’t necessarily translate into boosted productivity, either. Arguably that could just be the result of more information being thrown at the brain – which there obviously will be with multitasking via a pair of screens – and so we can’t really draw any concrete conclusions about working more effectively with two screens.

That said, on a fundamental level, it makes sense that using a pair of screens enables more effective multitasking and boosting productivity to a certain extent, at least in some scenarios. Many users are already doing this on the desktop with a PC and multi-monitor setup, of course.

Whatever your thoughts on the video, it’s certainly good to see that Microsoft tests its incoming hardware pretty thoroughly, particularly when it comes to trying to strike the right balance between cramming enough power into the device, and ensuring that the design – and weight – mean that the hardware is easy enough to hold, and has a good feel to it.

Incidentally, WalkingCat found another similar video on Twitter as we reported earlier, and in this case it explains the weird excuse Microsoft has given for not having user-upgradable RAM or Thunderbolt 3 in Surface devices.

Microsoft is expected to launch Surface Duo at the end of this year still, but according to reports, Surface Neo has been delayed until 2021.