The proliferation of smart phones and mobile devices has benefited our society an immeasurable amount, their existence enriches and simplifies our lives. The convenience that comes with using smart devices, and the Internet of Things (IoT) and Artificial Intelligence of Things (AIoT) is so ingrained in our society that we now take it for granted.

We have invested our trust in these devices, we store our schedules, contacts and photographs on our phones, allow smart devices to control the lights and heating in our homes, smart cameras watch over our property and valuables, smart speakers know what song we want next. We trust these devices with the most valuable commodity — our data.

Albert Liu is the founder of Kneron.

With the convenience and peace of mind that smart devices bring us it is not surprising that over 22 billion IoT devices are being used in the world. Gartner estimates that by 2025 there will be 41.6 billion IoT devices. A recent study by Deloitte found that, in the US, households have an average of 11 connected devices, including seven smart screens to view content. The number of smart devices in US households is expected to increase once 5G becomes widely available, and 62% of consumers say they will replace their internet with mobile broadband.

Fully connected smart homes will soon be as ubiquitous as smartphones are today, but there is still a major obstacle to the adoption of a fully connected society: concerns over privacy and security.

With the number of IoT and AIoT devices expected to increase by such a huge percentage, we need to answer the question of security. As much as our lives have been improved by smart devices and the IoT and AIoT, there have been countless reports in the media of smart devices in homes that have been breached. When a device has been breached it can act as an open door into the user’s life, allowing the perpetrators to gain access to anything from the mundane, such as your smart bulbs, to those devices you need to have bulletproof security: cameras, speakers, and even locks.

The Artificial Intelligence (AI) in smart devices is what allows the device to learn our schedule, recognize our faces, suggest films and much more. Most devices utilize a cloud connection only to run AI applications and access the databases they require to function, as the cloud provides an easy way to access necessary storage and processing power.

Cloud services, for many years, was the go-to option for consumers and businesses, as the ease of access that the cloud offered was unrivaled. The recent, and frequent, security and privacy breaches have left many questioning if utilizing cloud storage on its own is still the only solution, and if privacy breaches are just the cost of using these devices.

There are several issues with using devices that rely solely on a cloud connection to work.

Security concerns remain the number one asterisk for cloud computing. There have been many publicized cloud breaches. From personal information, employees’ login credentials, to losses of intellectual property, once data is stored off the device there is a security risk.

In cloud computing, the question of ownership of data is one that many companies and consumers have struggled with. Data and encryption keys reside within your third-party provider, so if the unexpected happens and there is downtime, you may be unable to access that data. If this happens it could mean that the facial recognition camera that allows you access to your home won’t automatically open the door.

Distributed Denial-of-Service (DDoS) attacks are already prolific and highly disruptive. Some of the services that have become so ingrained in our lives are at the mercy of bad actors at any time. With 41.6 billion IoT devices expected to be online in 2025, the resources for DDoS attacks will effectively double.

The current amount of data that needs to be transferred to the cloud for processing is huge and will only continue to grow as our reliance on cloud services grows. This will exponentially increase our bandwidth needs and the associated costs to store and compute everything in the cloud. In the end, the high costs will be passed down to consumers.

On-device edge AI processing is a way of augmenting the use of cloud. Its addition allows data to be processed and inferred locally on the device and it does not need to leave the device for the applications to work. As a result, massive amounts of data don’t need to constantly be sent to and stored on servers run by big tech companies or governments.

Instead, most data will have been computed on the device, allowing for most data to be deleted, while only significant data that requires confirmation of action will be saved and sent to the cloud to be processed for further action. It is the most secure and private way of operating business applications and it significantly cuts down on costs associated with higher bandwidth needs and cloud storage.

In the past chips quickly became outdated, but on-device technology is at a point that the chips being used are reconfigurable, meaning they can adapt to upgrades and developments in AI technology and adjust to the AI models of the future. Essentially, by breaking AI models down into basic building blocks, they can be easily reconfigured to take advantage of next-gen software enhancements. So if AI technology sees a major update, the chips can be updated in the same device, rather than a whole replacement needed.

If on-device processing is adopted across the board, it has the power to create the most secure and private environment/network available to connect every AI/smart device and service in a user’s life. Rather than devices reporting back to the cloud, devices will instead talk to each other in a private network. This will enable seamless, secure, and private use of all AI that will enhance people’s lives.

The security and privacy of on-device combined with the vast storage and processing power of the cloud will shape the next generation of smart devices and IoT. This hybrid solution will allow AI to reach its full and true potential. The promise of a fully connected society, powered by advanced on-device chips and supported by robust clouds, is closer than ever before. With the right technical implementations, we can enrich our lives and take another step forward into the future.

Tue Mar 24 , 2020
AMD will unleash its next-gen Ryzen 4000 desktop processors alongside new Navi RDNA 2-powered graphics cards, with both set to go on sale in October 2020, according to a new rumor. A two-pronged simultaneous launch like this would certainly be a feat of timing, and could encourage folks looking for […] 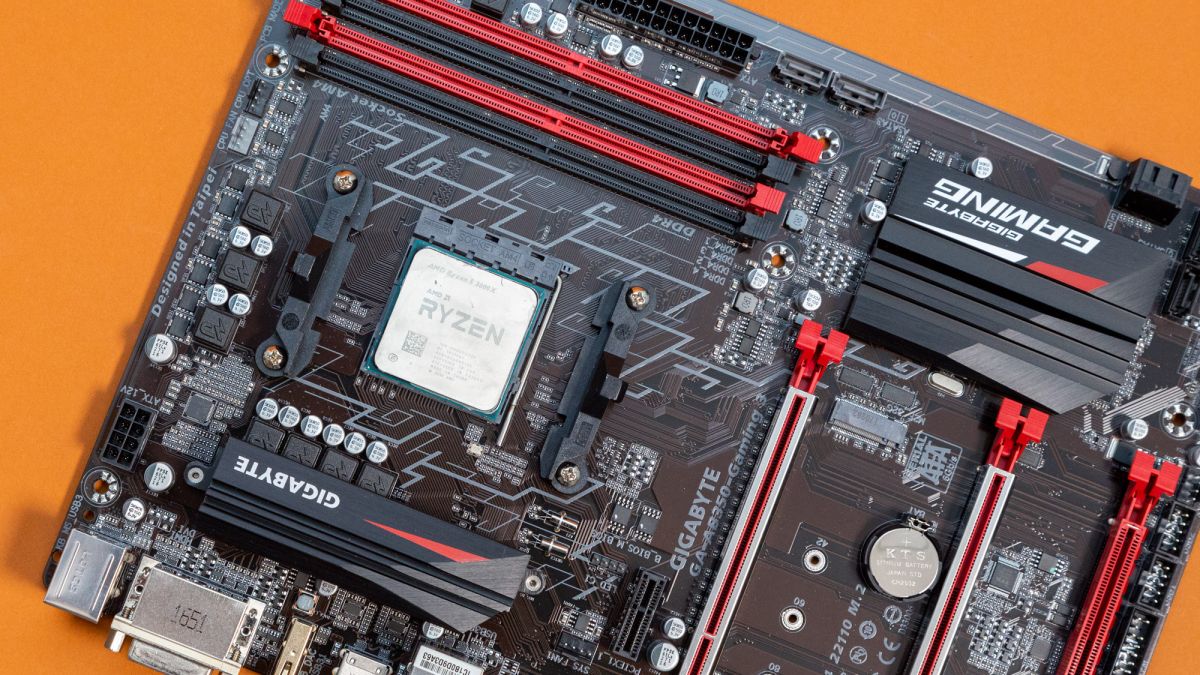