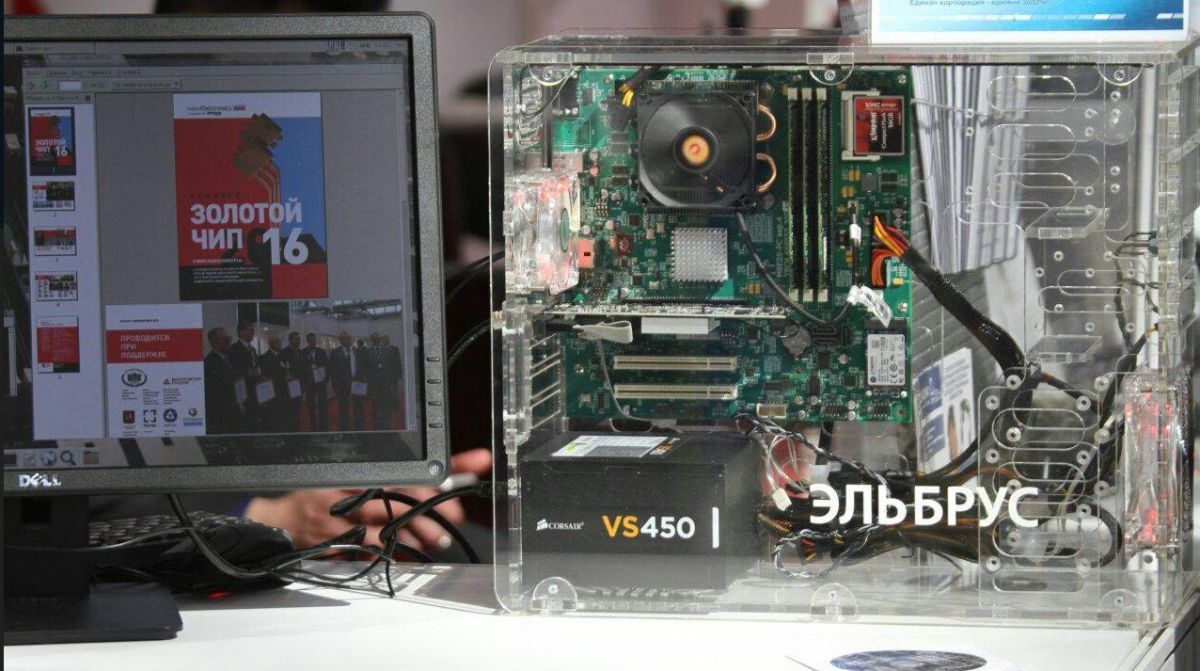 Rostec can be described as Russia’s equivalent of Samsung; a giant conglomerate with fingers in many pies. It operates a small arms manufacturer named Kalachnikov and also a modest airplane vendor called Mikoyan Gurevich (known to aficionados as MiG), to name just a few.

But among the firm’s numerous projects sits Elbrus, an indigenous CPU family that has its roots in the 1970s.

As reported by our sister publication AnandTech, a new model has surfaced: the Elbrus 8CB. It targets the same market as AMD’s Epyc and Intel’s Xeon, although it’s unlikely you’ll ever get your hands on one, because they are only produced for servers and PCs owned by the Russian government.

The 8CB is an 8-core CPU, with a clock speed of 1.5GHz and, because it uses an old 28nm manufacturing process, spreads its 2.8 billion transistors on a rather large 333mm^2 die – far bigger than similar processors that use processes as small as 7nm.

On the face of it, the 8CB isn’t that bad at all, with peak double precision GFLOPS per core reaching 36. For context, the Fujitsu A64FX we covered a few days ago hits 70.4 with a 50% speed boost, while ARM’s latest Cortex-X1 super core manages 48 with a 100% increase in clock speed.

Will we ever see an Elbrus PC? Will Rostec manage to move to a finer node and achieve faster processing speeds and cram in more cores? Well, given Elbrus CPUs are compatible with x86 and x86-64 via Binary Translation without Intel’s IP, they could be a winner for Russia – especially with some countries aiming to minimise dependence on Western technology.