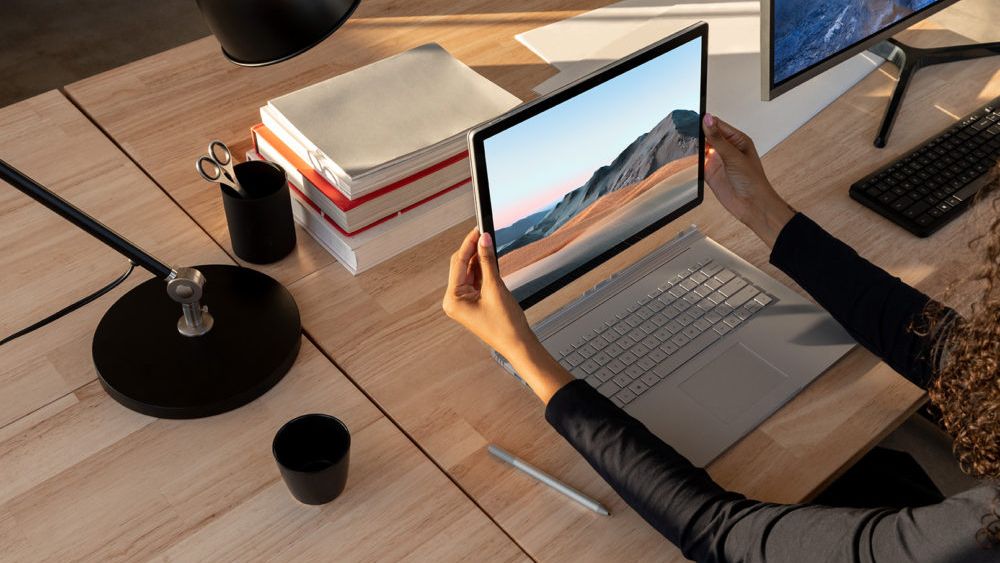 Microsoft has just revealed a new Surface Book 3 as well as Surface Go 2 – the launch of which is no surprise, given all the rumors which have been whirling around these devices of late – along with a Surface Headphones sequel to boot.

Starting with the Surface Book 3, Microsoft is billing this as the most powerful laptop it has ever made.

The headline boast is that the new Surface Book offers up to 50% more in terms of performance than the Surface Book 2 delivered, while pushing up to a claimed 17.5 hours of battery life (a slight upward tick compared to 17 hours on its predecessor, based on ‘typical’ usage). That’s with the 15-inch model, and as before, Surface Book 3 will also come in a 13-inch flavor.

Intel 10th-gen Ice Lake processors will be on board in the form of the Core i5-1035G7 or Core i7-1065G7, and with the Core i5 Surface you’ll get integrated Iris Plus Graphics.

The Surface Book 3 models with i7 processors will benefit from discrete Nvidia GPUs: the GeForce GTX 1650 with Max-Q on the 13-inch version, and for the 15-inch, you can load it with a GTX 1660 Ti Max-Q, or a Quadro RTX 3000 Max-Q for heavyweight work on the go.

Microsoft observes that the 15-inch model with the 1660 Ti has enough power to play the top PC games on Xbox Game Pass at Full HD resolution running at 60 frames per second.

RAM can be specified at up to 32GB (of 3733MHz LPDDR4X), and storage options run up to 1TB, or 2TB with the 15-inch model, with Microsoft promising that the Surface Book 3 runs with the fastest SSD it has ever shipped.

It also has Wi-Fi 6 on board, but in terms of wired connectivity, keeps the same ports as its predecessor (and indeed the same screen and overall design). One slight change is that the USB Type-C port is now USB 3.1 Gen 2 (as opposed to Gen 1), but there’s no Thunderbolt 3 support here.

None of this is all that much of a surprise, seeing as much of this info had already been leaked.

It also turns out that the rumors about the Surface Go 2 were on the money, with the most affordable of Microsoft’s Surface range pushing the screen size of 10-inch up to a slightly larger 10.5-inch, while keeping the dimensions of the tablet the same size as the original.

As speculation contended, the Surface Go 2 offers a choice of two processors: Intel’s Pentium 4425Y or Core m3 CPU (as an 8th-gen part, that’s a couple of years old, so not exactly on the cutting-edge – Microsoft didn’t specify the exact model, but the rumor mill pegged it as the Core m3-8100Y).

Microsoft claims that the Surface Go 2 offers up to 64% better performance with the Core m3 chip compared to its predecessor, so it is still a sizeable step forward.

Just like the Surface Book 3, the new Surface Go also has Wi-Fi 6 on board, but maintains the same ports as the original.

Battery life is also better at a claimed 10 hours, which is an extra hour compared to Microsoft’s quoted spec for the first Surface Go. The Surface Go 2 also has better dual far-field studio mics to improve your video calls, and there’s optional LTE, too.