If you’re eagerly awaiting macOS 10.16 news, then we could find out a lot more soon, as WWDC 2020 is happening (virtually, at least), on June 22, and it’s likely we’ll hear more about the upcoming operating system for Macs and MacBooks.

We know for certain that Apple is working on macOS 10.16 as a followup to its latest release, macOS Catalina, and it usually shows off information about its upcoming macOS releases at is WWDC event, which is aimed specifically at developers.

So, we should get some more details about new features coming to macOS 10.16, as well as an announcement about how people can get hold of an early ‘beta’ version of the software to help with testing.

We may not get any news about when the final version will be made available, however. But, it’s a pretty safe bet that the macOS 10.16 release date will be September or October 2020.

We can make that prediction based on the release date of previous versions of macOS. macOS 10.15 (Catalina), launched in October 2019, while macOS 10.14 (Mojave) launched September 2018.

So, we’re still a way off macOS 10.16’s potential release date, but if you can’t wait to find out what Apple has in store for its future operating system, this guide will gather up all the macOS 10.16 news and rumors we’ve found, along with a list of what we want to see in macOS 10.16.

While you wait for the launch of macOS 10.16, make sure your Mac or MacBook is running macOS Catalina. Check out our how to download macOS Catalina guide for advice.

If you’re having issues, check out our macOS Catalina problems: how to fix the most common issues guide for help.

As we mentioned above, we’re reasonably confident in this prediction as Apple has been sticking to a yearly release schedule for its macOS updates, with recent macOS releases happening in either September or October every year.

Going by previous macOS releases, we could see an official unveiling of macOS 10.16 at Apple’s WWDC event in June 2020. WWDC (World Wide Developers Conference) is (as the name suggests), aimed at software developers, and this is where Apple usually shows off its upcoming macOS (and iOS) operating systems. You can find out how to watch Apple’s WWDC 2020 event here.

In previous years, a new version of macOS is announced, along with a rough release date. Apple also usually releases an early beta version of the software not long after, allowing developers and other brave users to test out the software and help spot any problems or bugs before the eventual release.

While this doesn’t mean Apple will definitely stick to this sort of schedule for macOS 10.16, we’d be surprised if it deviated too far.

We’ve not heard any rumors about macOS 10.16 just yet, but as soon as we do we’ll add them here.

When it comes to Apple rumors in general, we’ve been hearing a lot about a likely 14-inch MacBook Pro coming late 2020. If that’s true, it could be one of the first devices to come with macOS 10.16 pre-installed.

We’ve also been hearing a number of rumors that Apple is working on a series of MacBooks and Macs, including a new MacBook Pro 13-inch, and a redesigned iMac, which will run on its own ARM-based processors, rather than Intel-made chips like the current crop do.

Shifting to a whole new processor architecture is a big deal, so macOS 10.16 could be the perfect way to introduce the new hardware, and help app developers ensure that their software works with the new ARM-based MacBooks and Macs that Apple is working on.

So, with macOS 10.16 still some time away, what would we like to see in the next version of Apple’s operating system?

The release of a new operating system can sometimes bring issues, and while Apple has certainly had more luck than Microsoft in this regard (recent Windows 10 updates have caused more problems than they’ve fixed), we’ve also seen a fair number of macOS Catalina problems since its launch as well.

People have been having issues with downloading and installing macOS Catalina, others can’t use their mouse, or check emails, plus plenty more.

So, we’d love it if Apple really took its time with macOS 10.16, thoroughly testing it and making sure that it’s free from as many bugs and issues as possible. Of course, a major OS update is always going to have a few issues, but we’d love it if everyone could upgrade to macOS 10.16 without worrying that it might break something.

You can use your AirPods with your Mac already, but there’s plenty of scope for better AirPod support in macOS 10.16, especially with the new AirPod Pros out.

Current support is a little basic, and the setup procedure could be refined to make it even easier to connect your AirPods to your Mac, and this is something we hope Apple addresses in macOS 10.16.

Check out our guide on how to connect AirPods to a Mac to find out the current way of doing things.

An exciting new look and interface

We like the look of macOS already, but while it’s tempting to argue that if it ain’t broke, don’t fix it, we would like Apple to be a bit more adventurous.

For all the stick we give Microsoft about its Windows 10 updates, at least it tries new things when it comes to the interface. It’s slowly been tweaking the look of Windows 10 with each new release, and for the most part we like what it’s done.

Maybe it’s time for Apple to have a bold new vision for macOS.

We’d also love to see ray tracing support in macOS 10.16. While ray tracing is primarily associated with improving the graphics of the best PC games at the moment (and therefore not of interest to Mac owners), it’s also a vital tool for creatives who want to create and render 3D scenes and animations with realistic lighting.

These creatives often rely on Macs and MacBooks, so to include ray tracing support would be a big boon to them – especially as rivals such as the Razer Blade 15 Studio Edition feature Nvidia RTX graphics chips that can handle ray tracing.

Nvidia just made a huge leap in supercomputing power

Mon Jun 22 , 2020
Nvidia has unveiled a host of servers powered by its new A100 GPUs, designed to accelerate developments in the fields of AI, data science and supercomputing The servers are built by some of the world’s most prominent manufacturers – including Cisco, Dell Technologies, HPE and more – and are expected […] 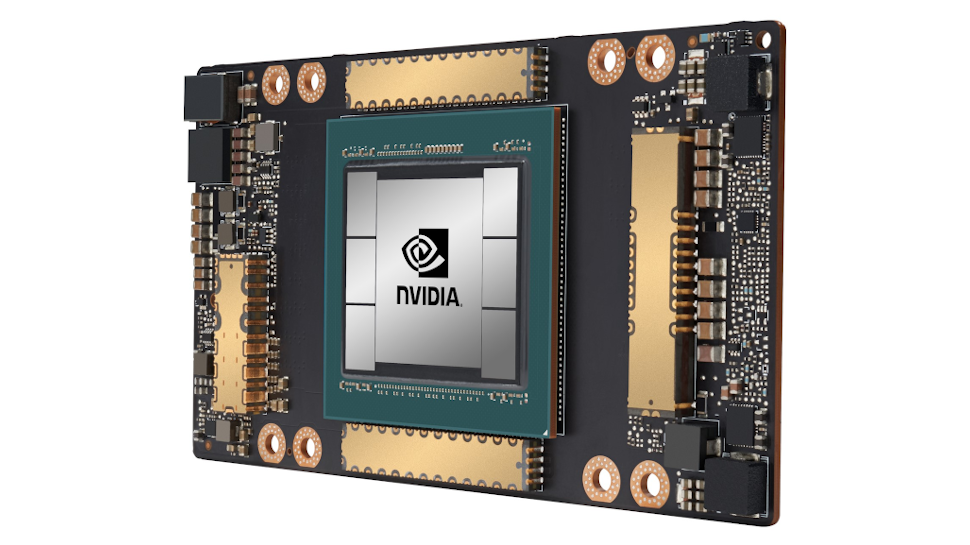