The macOS High Sierra may not be the reigning Mac operating system anymore, with macOS 10.15 Catalina hitting the streets in late 2019. But, many people are still sticking to this older operating system, and will be for a few more years.

With macOS 10.14 Mojave and Catalina upping the system requirements by a significant margin, we can hardly blame them. Of course, that isn’t the only reason. During macOS High Sierra’s time in the spotlight, it became one of the best versions of the Mac operating system yet, featuring some time-saving photo editing tools and a whole new file system to start. And, even though it had its small share of security issues at launch, all of those issues were addressed.

Whether you’re trying to decide if sticking with macOS High Sierra or you want to take full advantage of what this operating system has to offer, you’ve come to the right place. We’re going to explore everything there is to know about macOS High Sierra.

It wasn’t a surprise that Apple revealed macOS 10.13 High Sierra at the WWDC 2017 keynote, given Apple’s tradition of announcing the latest version of its Mac software at its annual developer event.

However, it wasn’t until September 12 that Apple revealed that High Sierra would be made available a little more than a week later, on September 25. As per usual, a developer beta of the operating system was made available leading to the final release, but all that doesn’t matter anymore, as the final build of macOS 10.13 has been out in the wild for more than a year now.

The final build of macOS 10.13.6 High Sierra, available now, integrates Airplay 2 into iTunes – although you do need to update iTunes to take advantage of it. You can download the update from the Mac App Store.

In addition, it comes with a few bug fixes. More importantly, this update contains the bug fix that prevents the Core i9 MacBook Pro from thermal throttling. And, you can be sure that Apple will continue to release security updates for macOS High Sierra as long as users are still utilizing it.

Safari 12 is also on hand for macOS High Sierra users, which not only supports website icons in your tabs, but also offers improved security. Websites, for instance, won’t be able to track your specific Mac when using the native web browser.

If, on the other hand, you’re ready to jump to the next version of macOS, you can download macOS Mojave today. Lucky for you, we can show you how to download and install macOS Mojave.

Fortunately, because macOS High Sierra doesn’t really shake things up, the barrier to entry didn’t change. In fact, macOS High Sierra has much more lenient requirements than Mojave, which likely means it’s going to be popular for a while. As long as you’re on one of the following Mac models, you can upgrade to macOS High Sierra (if you haven’t done so already).

Bear in mind that if you want to take advantage of the High Efficiency Video Coding (HEVC) benefits posed by macOS High Sierra, you’ll need a Mac packing – at the very least – an Intel sixth-generation Skylake processor. Unfortunately, that excludes everything released before 2015. On the bright side, everything else macOS High Sierra brings to the table is fair game.

Beyond Hackintosh users being reasonably worried about the newly enforced security checks on EFI firmware automatically implemented each week, Apple has revealed a number of fantastic fresh features with macOS 10.13 High Sierra.

The new and improved Safari is one of the best and biggest improvements that come with the High Sierra, as it stops ad-tracking and auto-playing videos in their tracks. macOS High Sierra also brings Spotlight Search to the Mail App, alongside enabling the Mail app to allow split view display for the compose window. As an added extra, macOS High Sierra takes up 35% less storage space.

Photos also sees enhancements, with an improved sorting tool. This is thanks to a better layout, enhanced facial recognition via neural networks and more reliable syncing across all Apple devices. All these make macOS High Sierra’s photo experience better and more seamless than ever before.

Editing tools have also been given their share of updates, making it easier than ever to enhance the quality of your photos without learning the ins and outs of Photoshop or Lightroom. And of course, you can count on Instagram-like filters as being a part of this.

One of the biggest changes that come with macOS High Sierra is with the file system. It’s abandoning the HFS, which Apple has used for around 30 years, and introducing the Apple File System (APFS) instead.

Every Mac that has been upgraded to macOS High Sierra will receive these file system updates automatically, with the exception of those sporting Fusion Drives and older HDDs. Similarly, all new Macs will ship pre-formatted for APFS.

APFS is a 64-bit file system that supports native encryption and faster metadata operation. In lay terms, it will make your Mac feel a lot faster, while also more secure and more transparent about the nature of your files as well as folder contents. Regrettably, this comes with the caveat of 32-bit apps being discontinued in later versions of macOS High Sierra.

The update also brings HEVC (H.265) video compression to the Mac. Apple claims that this new standard can compress video files 40% more than the previous-generation H.264 standard, and many new high-end cameras already have this format on hand. The end result will be faster video streams at higher resolutions – ahem, 4K – and smaller video files sizes when stored locally.

VR finally comes to the Mac

One of the biggest pieces of news surrounding macOS High Sierra is that it will officially bring support for virtual reality headsets, namely, the HTC Vive and Steam VR. Both headsets will work with Macs running the new OS this fall.

Keep in mind, however, that to use such a device, you’ll need at least a 5K iMac or MacBook Pro – or, any Mac that can run the new OS with an external GPU connected. Support for such devices comes part and parcel with macOS High Sierra.

The good news is that macOS High Sierra comes with a number of refinements to its graphics API that make up for the minimal GPU support. Metal was a step forward for hardware-accelerated 3D graphics, and with Metal 2, Apple offers less strain on the CPU as well as proper machine learning and better Xcode profiling/debugging in macOS High Sierra.

Perhaps more importantly is the MoltenVK, which was recently brought to Mac by the Khronos Group. An implementation of the open-source Vulkan API, it’s said to bring frame rate gains of up to 50% in Dota 2. Since it’s cross-platform – being supported by Windows and Linux as well as Apple’s devices – MoltenVK is highly likely to be adopted by more creators.

Joe Osborne and Gabe Carey have also contributed to this report

Thu Apr 9 , 2020
There’s a lot to love about the macOS Mojave. It brings key iOS apps like News and Stocks to our best Macs, as well as amazing features like the system-wide Dark Mode and boosted productivity via Finder. So, it’s no surprise that even those who can upgrade to macOS Catalina […] 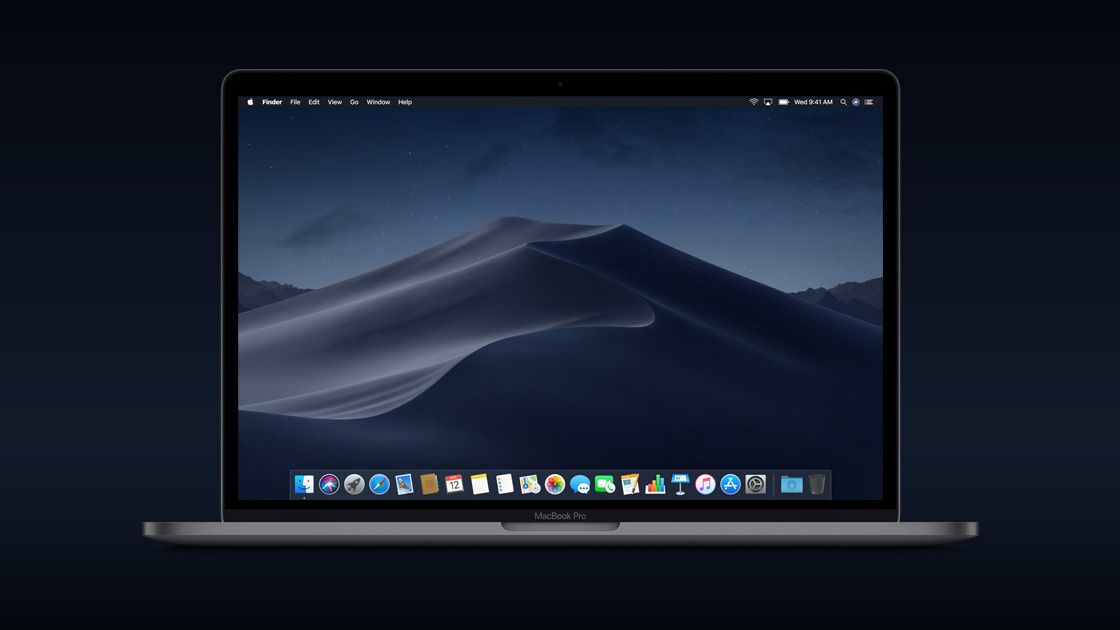