Intel Core i9-10850K shows up in retail box, and could be considerably cheaper than 10900K CPU 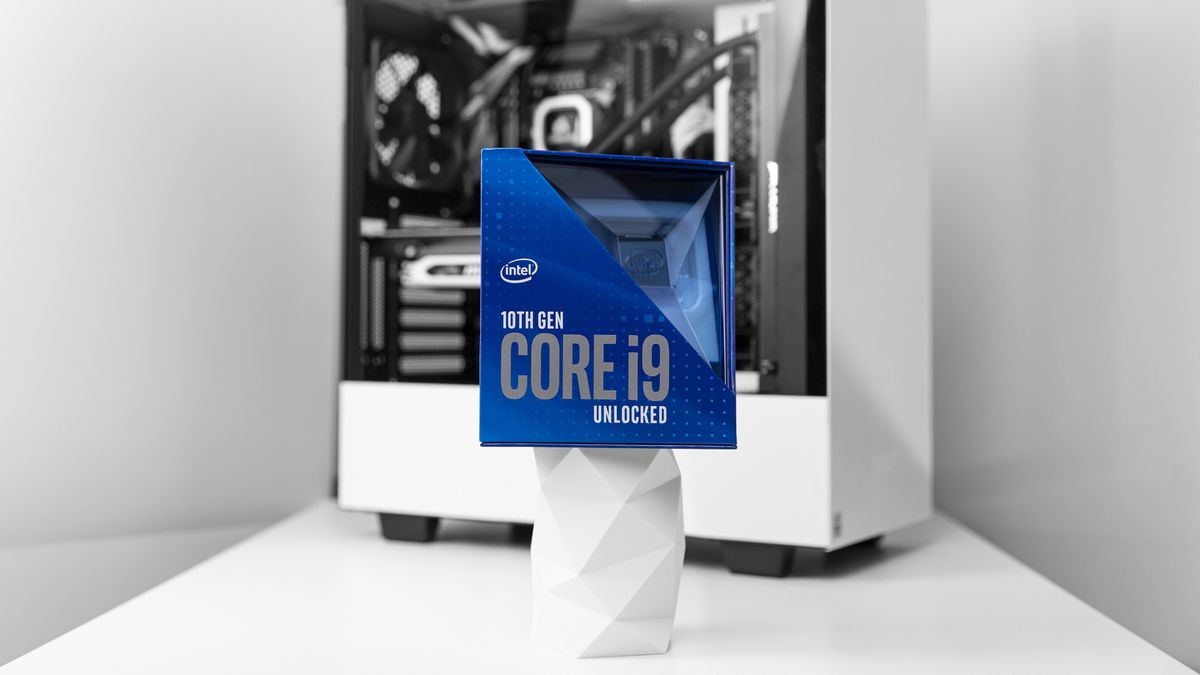 Intel’s Core i9-10850K, a rumored addition to the Comet Lake range, has been spotted online in a boxed retail version, meaning that it’s looking like this processor will be sold directly to consumers after all.

The 10850K is a still unconfirmed 10-core alternative to the Core i9-10900K flagship, and it’s essentially the same but clocked a touch slower. You may have seen this chip leaked previously, and the thinking was it might be an OEM model – in other words, a processor only provided to manufacturers to include in prebuilt PCs.

However, as highlighted on Twitter by @momomo_us, a boxed version of the processor is apparently incoming, and an online retailer has already posted pricing for the alleged 10850K.

According to LambdaTek, the Core i9-10850K is priced at £459 including VAT, which is around $565 or AU$810, although of course even if this pricing is correct, the asking price in other countries won’t be a direct currency conversion.

And there’s always a chance this is simply a placeholder price from LambdaTek anyway, but still, at this early stage it gives us an interesting yardstick to compare against what the retailer charges for the Core i9-10900K, which is £539 (around $680, AU$970).

Meaning that roughly speaking, the existing flagship is about 17% more expensive than the rumored 10-core alternative processor. Large pinches of salt all round, of course, and remember we still can’t take for granted that this chip actually exists because Intel is yet to confirm it.

That said, with the leaks popping up around the processor, and given that it does make some sense for Intel to deliver a toned down version of the 10900K, it seems that the 10850K is becoming a realistic prospect as a boxed CPU consumers will actually be able to buy off the shelves.

Why does it make sense for Intel to push out the 10850K? Quite simply because the chip giant is struggling to produce enough 10900K stock, and if it is having trouble with yields, the lesser binned 10850K seems like a good alternative to get some 10-core production out there.

The Core i9-10850K is, according to the rumor mill, much the same as the existing Comet Lake flagship, except its 10-cores run at 100MHz less in terms of base and boost clocks. As we’ve seen with previous leaks, that’s unlikely to make much difference to the performance delivered by the CPU, and yet you’ll be able to purchase the 10850K for considerably less in theory.

Perhaps almost 20% less, going by this latest nugget from the CPU grapevine, and that could potentially lead to some cases of buyer’s remorse for those who have recently bought a Core i9-10900K.