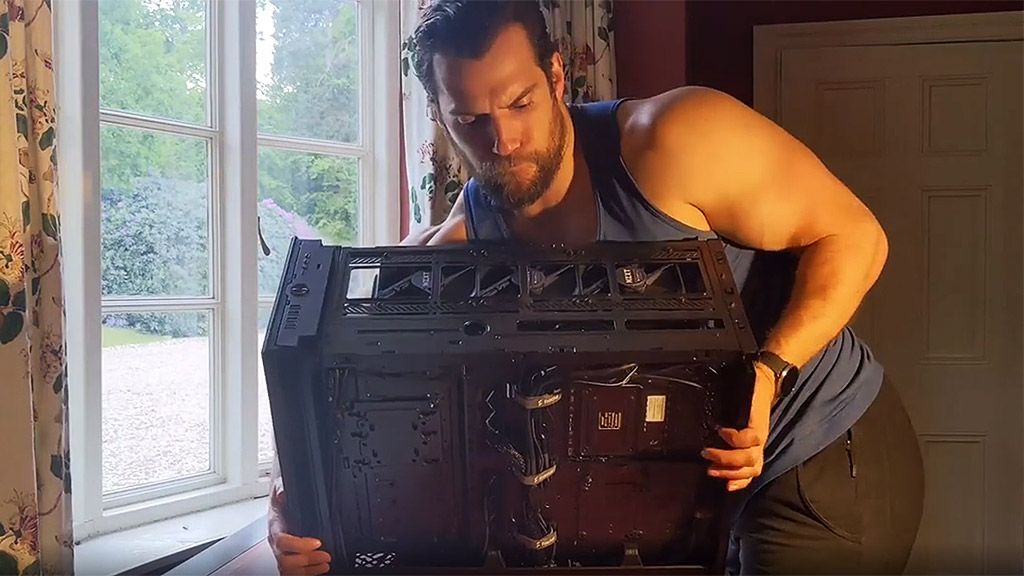 Along with his on-screen heroics as both Superman and The Witcher, impossibly handsome actor Henry Cavill is also considered a hero among gamers the world over, thanks to his unabashed enthusiasm for PC gaming.

Having already been quite vocal about his hobby during publicity for Netflix’s The Witcher (a role he aggressively sought out thanks to his passion for the books and games), the Man of Steel has now taken to Instagram in a video that shows building him a new gaming rig from scratch.

Cheekily scored by Barry White’s classic track ‘Never, Never Gonna Give You Up’ and adorned with a “viewer discretion is advised” warning, the super-cut is at once swoon-worthy and also refreshingly frank about what it’s like for most people to build a gaming PC – that means a lot of staring into manuals and back-tracking on mistakes.

Given that Cavill himself is a beast of a man, it’s perhaps no surprise that the muscular actor’s new gaming-PC build is also something of a monster. Here’s our PC hardware team’s best guess at what he’s using, based on what’s made visible in the video:

Want to build a gaming PC like Henry Cavill’s? Here’s an idea of what each of those costs, based on live pricing pulled from local retailers:

What would we have changed?

This is undeniably a premium, punchy rig that’s full of stellar parts and performance that’ll kick any modern PC game to the curb. But could it have been better? Our Aussie team put their collective heads together to assess Mr Cavill’s build – these are their quick back-of-a-napkin thoughts:

Dan Gardiner and David Hollingworth also contributed to this story.