Cyber security threats faced by the aviation industry from cyber criminals represents one of the sector’s most serious challenges. A major attack can compromise passenger safety and cause massive financial and commercial damage across the industry.

Air transportation’s importance in the economy as critical national infrastructure, combined with its interconnectivity and complexity, makes it an attractive target for cyber criminals. Their target list stretches from air traffic control systems and the aircraft themselves, to the airline companies and airports. All of this is why cyber security was spotlighted by the World Economic Forum (WEF) in January as one of the biggest challenges facing the industry.

The nature of the threat

Although the media focuses on terrorism as the main threat because of the associated fear of loss of life, disruption and chaos, the most likely threats to aviation are from the same sorts of threats that affect other businesses, such as phishing attempts, data breaches or ransomware. This threat is a lot less invasive, but just as damaging.

An illustration of this occurred when electronic flight information screens at Bristol Airport were taken offline in 2018 as a security measure against what the airport described as a ransomware style attack. The airport used whiteboards to replace information screens and deployed extra staff to cover the gap.

In this case flights were unaffected in the end and the airport described the hack as opportunistic, rather than targeted. However, a cyber attack has the potential to wreak major-scale havoc on major transport hubs worldwide and lead to huge numbers of delays, flight cancellations and heightened security alerts. The threat is certainly not going away and in fact is only growing in importance as a challenge for business.

In fact, the cyber security issue has risen to become a top five issue for the boardroom. According to a 2019 SITA report Air Transport IT Insights, airline CIOs are focusing their IT strategies on digital transformation, with cloud services (100%) and cyber security initiatives (96%) being the greatest areas for investment. The report found cyber security as a high priority, ranking second on the agenda of airline CIOs, with 86% having a major cyber security program in place and another 10% running a pilot.

In the report SITA highlighted an emerging technology trend showing 72% of airlines are prioritising ‘threat intelligence’ investment to help them collect and analyse threat data. This was ranked third, up from 2018. Although cyber security is clearly being taken seriously in the boardroom, there is one area where much work is still to be done to bolster businesses’ cyber defences, and that is in having the right individuals in place with the right training, skills and expertise to be able to deal with the threat.

Coping with the cyber skills shortage

Aviation is a business that at its heart is based around an immense IT infrastructure requiring specialist expertise to operate effectively. Parallel to the industry’s challenge in dealing with the cyber security threat is the need to take the necessary steps to overcome the widely acknowledged skills gap in cyber security.

This skills shortage is perhaps even more of a problem in aviation than for many other industries. This is because in addition to using traditional IT, airports typically function with SCADA (Supervisory Control and Data Acquisition) operational technology (OT) to support key services such as runway lighting and utilities. When you apply SCADA to the skills gap it gets even wider because the skills are more specialized. It means aviation companies have the additional burden of finding someone who understands operational technical and SCADA based process control networks on top of cyber security. This combination of skill and expertise is rare.

In addition, as computers do ever more, human skills erode creating a struggle for the aviation industry to overcome the so-called “paradox of automation”. In a growing number of areas humans now need to step in only when something unusual and unexpected occurs. With less opportunity to practice and develop their skills, workers become less capable of reacting quickly and appropriately in crisis conditions.

Therefore, it’s not surprising that according to the SITA air transport report, investing in ‘employee awareness and training’ is a key component when it comes to improving cybersecurity – with 79% of airports stating it as an investment priority. It’s also understandable that more and more enterprises are deciding to link up with a third-party to help take up the strain when it comes to finding expertise in both security and engineering, and help put in place a successful cyber security strategy.

In developing their cyber security strategy, aviation businesses need to understand their supply chain and ensure their own cyber security is robust and reliable. They need to know who has access to which systems, and make sure that vendors have the right practices and procedures in place to deal with the cyber threat. There are several steps the industry can take to secure infrastructure, mitigate risk and ensure resilience in the face of the growing cyber threat.

To support businesses in this endeavour, the Civil Aviation Authority in the UK recently launched the ASSURE framework. Developed in collaboration with the Council for Registered Ethical Security Testers (CREST), the ASSURE scheme is designed to enable the aviation industry, including airlines, airports and air navigation service providers, to manage cyber security risk without compromising aviation security or resilience.

Everything must be done to limit the threat and make it as difficult as possible for attackers to breach the organisation’s security systems. Achieving this cannot be done without IT teams and OT teams working together on cyber security. Clearly defined layers of network segregation provide a solid foundation to reduce the attack surface and limit an attacker’s ability to move laterally within their network.

Working with a third-party specialist can add real value in this area because they have both the cyber security know-how and the engineering experience, and by blending the two together they can plug all of the gaps that aviation organisations typically have in-house. These are the first steps that need to be taken to protect the industry from the current threat and from the challenges it will face for years to come.

Thu Apr 16 , 2020
Tide, the UK’s business banking platform, has launched a new Invoice Protection product in partnership with insurance solutions provider Hokodo, to help micro, small and medium-sized businesses protect their cash flow against the late and non-payment of invoices. The Coronavirus crisis is having an immediate and potentially long-term impact on […] 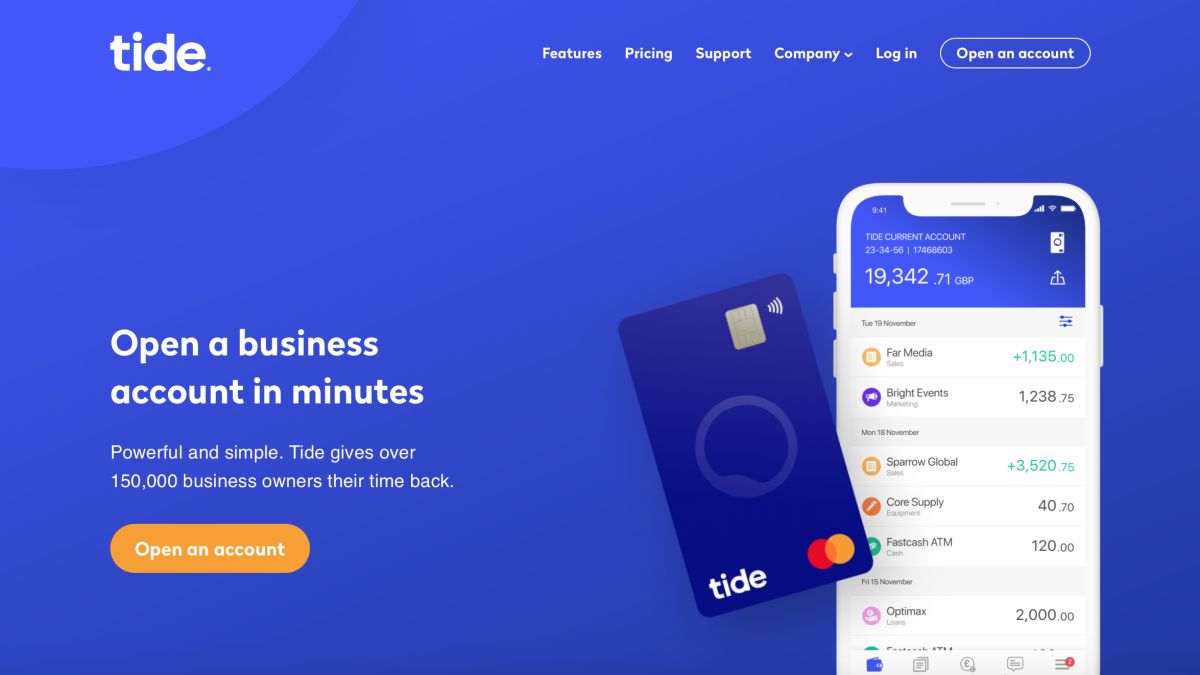