Looking for the best FPS games right now? Then you’re in the right place. First-person shooters have dominated the culture of games for decades now. A lot of the most influential and popular games of all time have been consumed via the first-person perspective, often with a loaded weapon in tow.

What’s remarkable is the sheer variety of games that use this tried and tested tactic to deliver new mechanics and ideas. The genre hasn’t been around for too long, but it’s still constantly innovating and showing no signs of wear.

So, with that in mind, below we’ve put together a list of the best FPS games available right now for console and PC.

If id Software’s compelling reboot of the Doom franchise in 2016 wasn’t enough of a riveting success, Doom Eternal doubles down on its pristine systems and satisfying shooting, drafting in platforming to make the combat more fluid, a rogue’s gallery of deadly bosses and an engrossing storyline.

Doom Eternal eschews the horror elements found in Doom 3 and proceeds at a blistering pace, focusing on the gore and intricate animations that let you pound demons into a fine red mist with unbeatable flair. Better yet, your chaotic escapades will be soundtracked by Mick Gordon’s exquisite electro-metal offerings, designed to inject you with adrenaline and dress your palms with sweat.

If you’re very serious about accuracy and competition in games, then Counter-Strike: Global Offensive may be the game for you. Given its status as a great breeding ground for esports professionals, Global Offensive demands a level of skill and tactical knowhow that is far beyond the more casual shooters in this list and will certainly test your limits as an FPS player.

Even if you’re not trying to be the next Shroud, squadding up with your friends, learning the maps and concocting stealthy hero moments, unravelling an enemy team’s composition with clever wall bangs and grenades is deeply satisfying, and something to try if you’re bored of the mainstream shooters that constantly coddle the player.

One of the most important and influential shooters ever made, Halo completely changed the landscape of the genre and gave many developers a new bar to surpass when it came to shooter campaigns and online multiplayer. Luckily for those of you who may have clung to the PlayStation side of the aisle for the past two decades, Halo: The Master Chief Collection is now available on PC via Steam as well as Xbox One.

They’re effortless to return to and hold up extremely well thanks to a series of dedicated ports and remasters from 343 Industries. The co-op campaign that spans the collection and tells the tale of Master Chief’s odyssey is particularly exciting and full of fun challenges and set pieces to work through in good company.

Platforms available: Xbox One and PC

Speaking of influential games, Valve’s Half-Life 2 came out in 2004 and revolutionized the shooter as we knew it. With a dynamic physics system that is still hard to top, a surreal setting and a suite of unforgettable characters, Half-Life 2 delivers an adventure that demands to be played if you’ve got any desires to understand many of the shooter games that have launched to acclaim over the past two decades.

The game doesn’t show any signs of wear even 16 years after its release, which is testament to the success of its fundamental aspects. Follow Freeman into one of the best shooter campaigns ever crafted.

An excellent FPS and an antidote to most modern shooters, Superhot is an indie puzzle piece where time moves when you move. This means that careful manoeuvering and precision shots are of utmost importance, and the game consistently lobs intricate combat arenas at the player to test their reaction speed and the finer points of their FPS skills. This is all wrapped up in a simple but effective art style and an unexpectedly engrossing campaign which is far too good to spoil.

If you’re lucky enough to own a virtual reality headset, you can check out Superhot VR, which ups the immersion and expertly transposes this puzzle shooter gem into the virtual realm.

If you’re not looking for something as serious as Counter-Strike but want a game that is still systematically satisfying and tons of fun to play with friends, you can’t go wrong with Call of Duty: Modern Warfare, which is a reinvention of the 2009 classic Call of Duty 4.

Call of Duty has dominated the shooter space for decades now and there’s a good reason why. It still feels great to play and is very accessible as far as the popular modern shooters go. Even better, Modern Warfare recently added a free battle royale mode known as Warzone that has quickly become a tremendous success. In any event, playing some or all of this shooter package is worth your while, especially if you’re into military shooters with fancy perks, attachments, vehicles and more.

A key talking point in the initial discussions about whether games “could be art,” Bioshock launched in 2007 to critical acclaim, creating a peanut butter and chocolate combination of an immersive simulator (think Thief, Deus Ex) with a focused campaign full of survival horror elements and surreal characters.

Most importantly, it delivered a gripping political tale that will act as a sufficiently mind-bending chaser to the safe and boring campaigns often tacked on to most modern shooter games. Just make sure you play the Remastered edition… and save all of those Little Sisters, you monster!

By now, it should be fairly clear that Valve knows how to make FPS games, and zombie horde shooter Left 4 Dead 2 is testament to the studio’s ability to consistently reinvent aspects of the shooter genre. In this exciting gem from 2009, that holds up effortlessly today, you push through carefully crafted gauntlet maps whilst an AI director places new zombie types, hordes and items to challenge teams of four in a procedural fashion.

Every round is unpredictable and full to the brim with a special kind of chaos, one that is only exacerbated in Versus mode, where teams of four can face off against each other, swapping each round to play as the zombies and the humans. It’s a deliciously clever game bursting with smart systems that are well worth getting the gang together for.

Contrary to popular belief, Overwatch isn’t a MOBA. It is, however, a colorful, competitively focused first-person shooter from Blizzard featuring different classes incorporated across a variety of different heroes. Pitting two teams of six players against one another, Overwatch is all about teamwork and cooperation with their respective squads. That said, you’ll want to make sure a healthy balance of offensive and defensive characters is secured if you ultimately seek survival.

After all, you wouldn’t want to be demolished by the opposing team just because you have too many healers and not enough tanks or vice versa.

Rainbow Six Siege isn’t just a technical marvel, it’s an ongoing tactical endeavor. Like a handful of other titles on this list, Siege is about teamwork. Without it, it’s your standard deathmatch shooter, save some impressively realistic destructible environments.

Acting on the goal of either defending or challenging objectives, the five-on-five online co-op game is certainly no Call of Duty. Instead of running around swiftly across maps, dodging bullets and taking headshots, characters are given abilities and limited resources, such as wall reinforcements, barbed wire, traps, and explosives, to overthrow and denounce victory over the opposing team.

As you’d expect from the creators of Halo, Destiny 2 features world-class shooting with a variety of increasingly exotic, collectable guns. The game’s been around for so long, now, that it’s amalgamated an absolute ton of content, including five story campaigns of varying length and quality across many different worlds. The seasonal content fluctuates wildly in quality, with the player base’s perception of the game shifting all the time as a result, but there are potentially hundreds of hours of shooting to enjoy here if you get into it.

Just note that the loading times on consoles now are extremely long, making us all the more excited for the SSDs that’ll come with both the PS5 and Xbox Series X.

Best RPGs 2020: the top role-playing games for console and PC

Sat Apr 25 , 2020
Looking for the best RPGs (or role-playing games) around? Then you’ve come to the right place. These days it’s more often than not that a game features RPG elements. Whether that’s a skill tree, dialogue options, or anything else that was once a staple of the genre, there’s always something […] 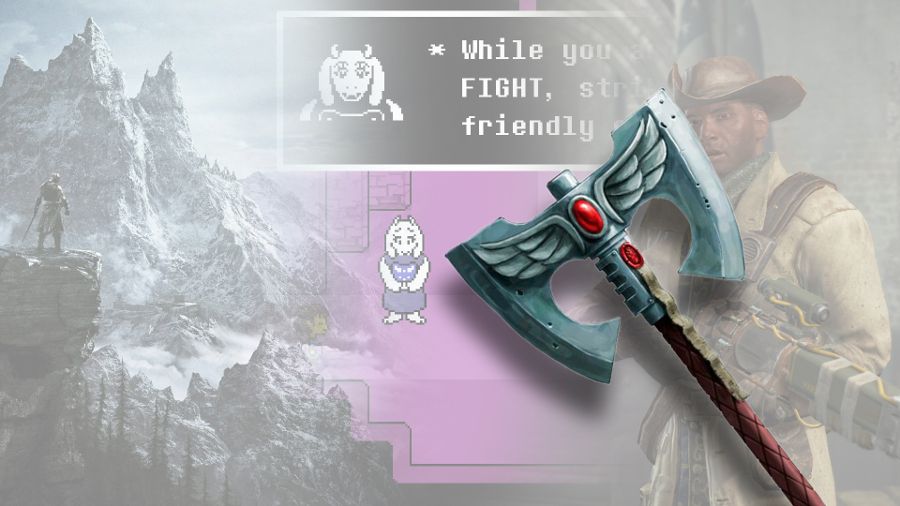