Not long after their reveal, the AMD Navi graphics cards have finally been unleashed, following the release of AMD Radeon VII earlier in 2019. AMD first showcased these two cards at E3 2019 as mid-range GPUs that rival Nvidia’s highly popular Nvidia GeForce RTX 2070 and RTX 2060. It also unveiled the much talked about Radeon RX 5500, a graphics card for 1080p players.

THE VERDICTS ARE IN

And so far, things are going swimmingly for AMD’s most popular and most successful graphics cards to date. AMD Navi cards like the AMD Radeon RX 5700, AMD Radeon 5600 XT and AMD Radeon RX 5700 XT, for example, have gotten very favorable reviews from us, and many gamers have switched over to Team Red to power their gaming PCs.

And, AMD isn’t done either. CEO Lisa Su pretty much confirmed that the ‘high-end Navi’ GPU is definitely on its way, though probably not sooner than people had hoped. Whether or not that ‘high-end Navi’ she’s alluding to is the long-rumored AMD RX 5950 XT that might (or might not) be the “Nvidia killer” people have been waiting for, we have yet to find out. We do know that Big Navi or RDNA 2 is coming, and AMD is targeting the end of 2020 for their launch. There are also the Navi 22 and Navi 23 graphics cards (GPUs) that showed in a Linux driver.

When these cards will be out or whether they’ll actually see the light of day, we don’t know. But, we’ll keep this page updated with all the latest AMD Navi information that surfaces, so be sure to bookmark it.

Cut to the Chase

The rumored “Nvidia killer” or the Big Navi graphic cards still haven’t received a release date. However, it’s highly likely that the “Nvidia killer” will also come out in 2020. As for Navi 20, the rumored lineup for 2020, it’s still anyone’s guess. We do know that the Xbox Project Scarlett, powered by Navi, will be out Holiday 2020, so we could see the more powerful Navi chips released around that time. In fact, we’ve just recently seen leaked roadmaps that suggest their successors could be hitting the streets sometime in 2020.

Alongside these AMD Navi updates, AMD has also released their brand new game-developer toolkit, Fidelity FX, which has been available for free since June 10. Fidelity FX is designed to enable game developers get more detail and crispness in low contrast textures, allowing them to take full advantage of what these AMD Navi cards are capable of.

On top of that, AMD already rolled out its new 19.8.2 driver for its graphics cards, expected to bring support for HDCP 2.3 to Radeon RX 5700 cards as well as deliver up to 10% better performance of the much talked about third-person shooter, Control.

At Computex 2019, AMD took the stage and showed a mysterious Radeon RX 5000 graphics card going head to head against an Nvidia GeForce RTX 2070 in Strange Brigade, where it performed about 10% faster. It was later revealed that was the AMD Radeon RX 5700 XT.

However, with E3 2019, AMD proved it’s still king when it comes to components for the masses. AMD revealed its two new graphics cards to be drastically cheaper than their competitors.

Since AMD hasn’t so much as shared the codename for that rumored ‘Nvidia killer’ yet, we don’t know how much it will cost. However, it’s expected to compete with Nvidia’s top RTX cards and equipped with ray tracing chops so it will most certainly have a premium price tag, though perhaps competitive with Nvidia’s prices.

Right off the bat, we know that AMD Navi is based on the new 7nm RDNA graphics architecture, making it the first mainstream AMD graphics card to break away from the aging GCN architecture.

At Computex 2019, AMD said that we’re going to see 1.25X faster performance per clock and 1.5X performance per watt over GCN. This means not just improved performance in the best PC games, but also increased power efficiency. In addition, AMD Navi is using faster GDDR6 memory, compared to the GDDR5 in the Radeon RX 500 series.

That’s all well and good on paper, but what about their actual real-world performance?

Well, AMD showed the Radeon RX 5700 XT in a demo against the RTX 2070, where it bested Nvidia’s mid-range card in World War Z by about 10% at 1440p on Ultra. Indeed, during our tests of the card, we found the AMD Radeon RX 5700 XT to be a 1440p monster, with no massive drops in performance, no matter how demanding the game is.

The Radeon RX 5700, on the other hand, performed better against the RTX 2060 by 21% in Battlefield V and by 9% in The Division 2, also at 1440p on Ultra. In our review, we hailed the Radeon RX 5700 as an absolute powerhouse at its price point, bringing 1440p gaming at Ultra settings to the mainstream.

The Radeon RX 5500 XT is very much a 1080p graphics card, with its 22 compute units, 1,408 steam processors and a boost clock of only 1,845 MHz. It’s not the most powerful card out there, but based on our review, at its price point it definitely gets the job done. And, finally, the Radeon RX 5600 XT, which AMD is marking as the ultimate 1080p graphics card, will have 6GB of GDDR6 and 36 compute units.

Rather than taking on the RTX 2080 Ti at the high end, AMD is looking comfortable inhabiting the mid-range where it has traditionally excelled. That is, until that high-end Navi is finally unleashed and the PS5 launches. Back in April, Sony Lead System Architect Mark Cerny revealed that the PS5 would be using a custom AMD Navi GPU, and that it would be capable of some pretty impressive things.

For instance, the PS5 will likely support ray tracing, along with 8K resolutions. We think that’s a little pie-in-the-sky, and we’d take it with a grain of salt. But, AMD Navi could theoretically mark a true generational shift when the next generation of consoles hits the streets.

AMD Navi GPUs will also be behind Project Scarlett – the next Xbox. We don’t know the exact specs, but Microsoft made a point to talk up its capabilities, mentioning things like “real time ray tracing”, 8K capabilities and up to 120 fps gameplay.

Beyond that, we have heard rumors about another generation of Navi graphics cards on the high-end hitting the streets in 2020. These high-end graphics cards are rumored to be code-named Navi 20, and should feature improved performance that takes on Nvidia’s flagship. We could see AMD graphics cards capable of this in the future if these rumors are to be believed.

Mon Mar 23 , 2020
In an effort to help hospitals deal with the coronavirus outbreak, the popular electronics repair site iFixit has announced that it is building a database containing repair information for hospital equipment. The company’s decision to put together a database stems from the fact that as the coronavirus spreads, the world’s […] 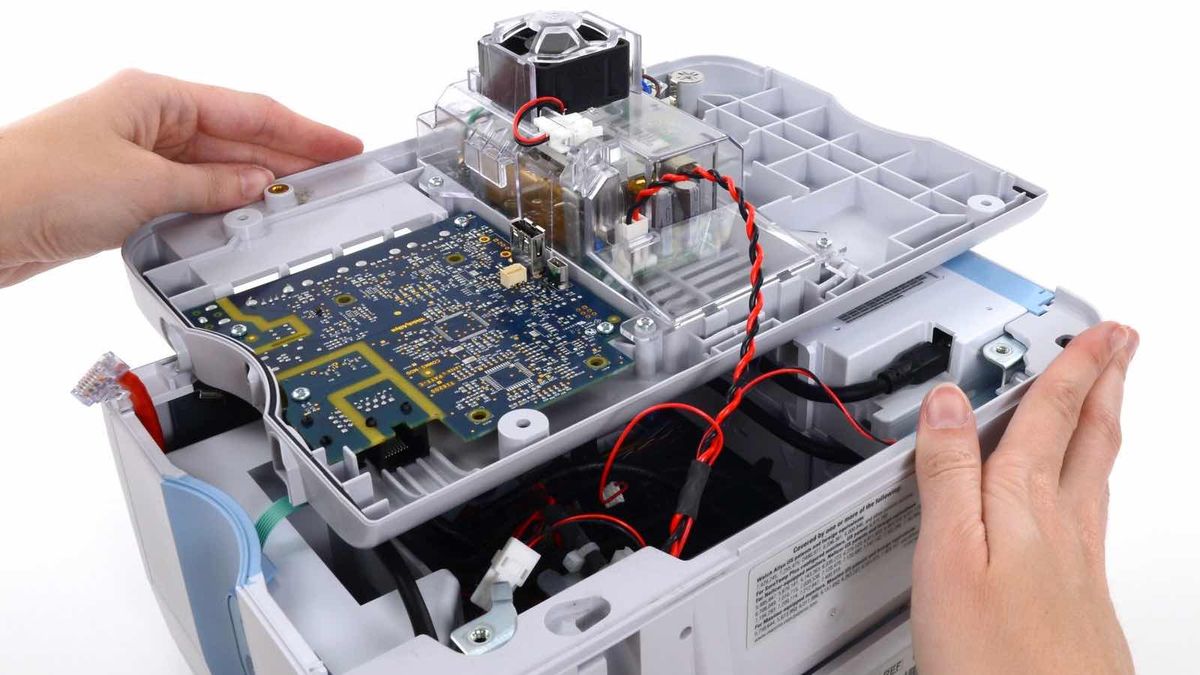