AMD’s Big Navi graphics card – or at least what could be the incoming high-end GPU – has been spotted in a bunch of Linux patches that have just arrived, which further suggests that the card might be inbound for a potential October release.

Now, obviously the name tells us nothing, and is likely designed to keep things under wraps – which would obviously be a sensible move to make with a major incoming product. But what the patches do tell us is that Sienna Cichlid is a Navi-based graphics card which comes with VCN 3.0 support on the video encoding side, and DCN 3.0 (Display Core Next), whereas existing Navi products run with version 2.0 on both those fronts.

In other words, this would appear to point to a step on from the RDNA architecture to RDNA 2, which will be employed in AMD’s incoming next-gen graphics cards, led by Big Navi or Navi 21.

We’ve been hearing a lot about the Big Navi GPU of late, most recently that it will come in four different flavors.

While the specs of the card which have come from the graphics grapevine are obviously speculation right now, and we don’t have any real idea of how it will perform compared to Nvidia’s rival GPUs, what we do know is that RDNA 2 offers a 50% boost in terms of performance per Watt compared to the original RDNA architecture. That’s promising to say the least.

AMD has previously said that Big Navi will arrive later in 2020, although exactly when is obviously up in the air, with the rumor mill having theorized about launch dates from around September through to November.

The most recent speculation points to a September launch – and a clash with Nvidia’s next-gen Ampere GPUs releasing at the same time – but this Linux driver spillage points to October as the month to watch.

That’s because the Sienna Cichlid patches won’t be introduced until the Linux 5.9 merge window opens in August, with them subsequently to be included in a stable release around October.

All of this – not just the potential timeframe, but the fact that this leakage pertains to AMD’s incoming Big Navi graphics card – remains speculation, but it’s another hint that we can hope for a launch maybe late in September or early October.

What AMD will surely want to avoid is arriving later than Nvidia’s next-gen RTX 3000 products, but Big Navi will only be ready when it’s ready, as they say.

Tue Jun 2 , 2020
Limiting customer contact at the point of sale is a big issue in the wake of Covid-19, so a new initiative from payment services company SafeCharge aims to tackle it with QR codes. SafeCharge has announced a new solution that offers small businesses alternative ways to accept digital payments in […] 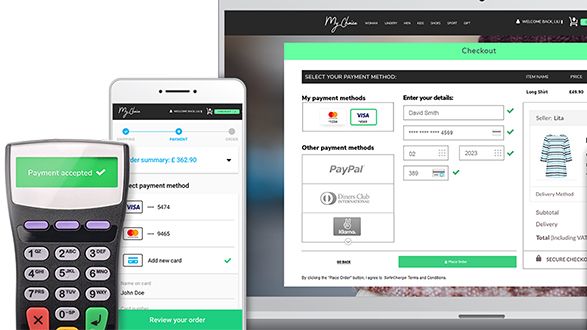